Fairway Holdings’ second venture out of Colombo was inaugurated with the groundbreaking ceremony of ‘Fairway Kurunegala,’ a proposed mixed development building project, which took place on the 16th of August 2018 at the picturesque project site in Kurunegala, the capital of the North Western Province.

The Chief Guest for the ceremony was Hon. Patali Champika Ranawaka, the Minister of Megapolis and Western Development and the Guest of Honor was His Excellency Mr. Thusara Sanjeewa Witharana, the Mayor of the Kurunegala Municipal Council. The ceremony was also graced by Hon. S. B. Nawinne, the Minister of Internal Affairs & Wayamba Development, Dr. Jagath Munasinghe, the Chairman of UDA, Mr. Sumeda Rathnayake, the Director General of UDA, Mr. W. J. Senevirathna, the Director of UDA for the North Western Province, Mr. Saman Kumara Lenaduwa, the Acting Director of the North Western Province Environmental Authority, Mrs. P. A. S. M. Marasinghe, the Provincial Director of RDA North Western Province and Captain Kularatne, the Chairman & Managing Director of Maga Engineering.

Fairway Holding’s entry into Kurunegala is in recognition of its established importance as a major city in Sri Lanka and being a vibrant, regional business hub. As a focal point in both the Central Expressway and the railway running from Colombo to the North, the city is a thriving wholesale and retail center and contains a number of popular schools. Kurunegala was the capital of an ancient Sri Lankan kingdom for 50 years, from the end of the 13th century to the beginning of the 14th century and the area has an abundance of religious and cultural sites. The city is surrounded by large rocky outcrops, paddy fields, coconut estates and lakes. 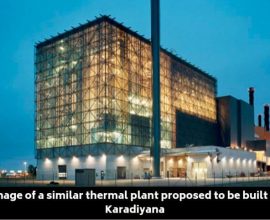 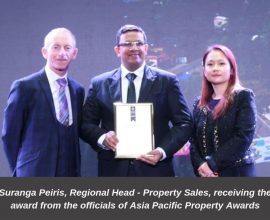 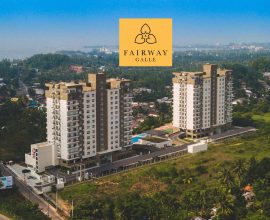 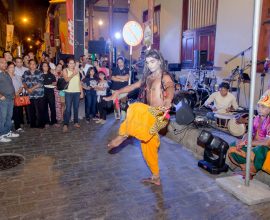 Spices galore at the Indian Food Festival by Fairway Colombo